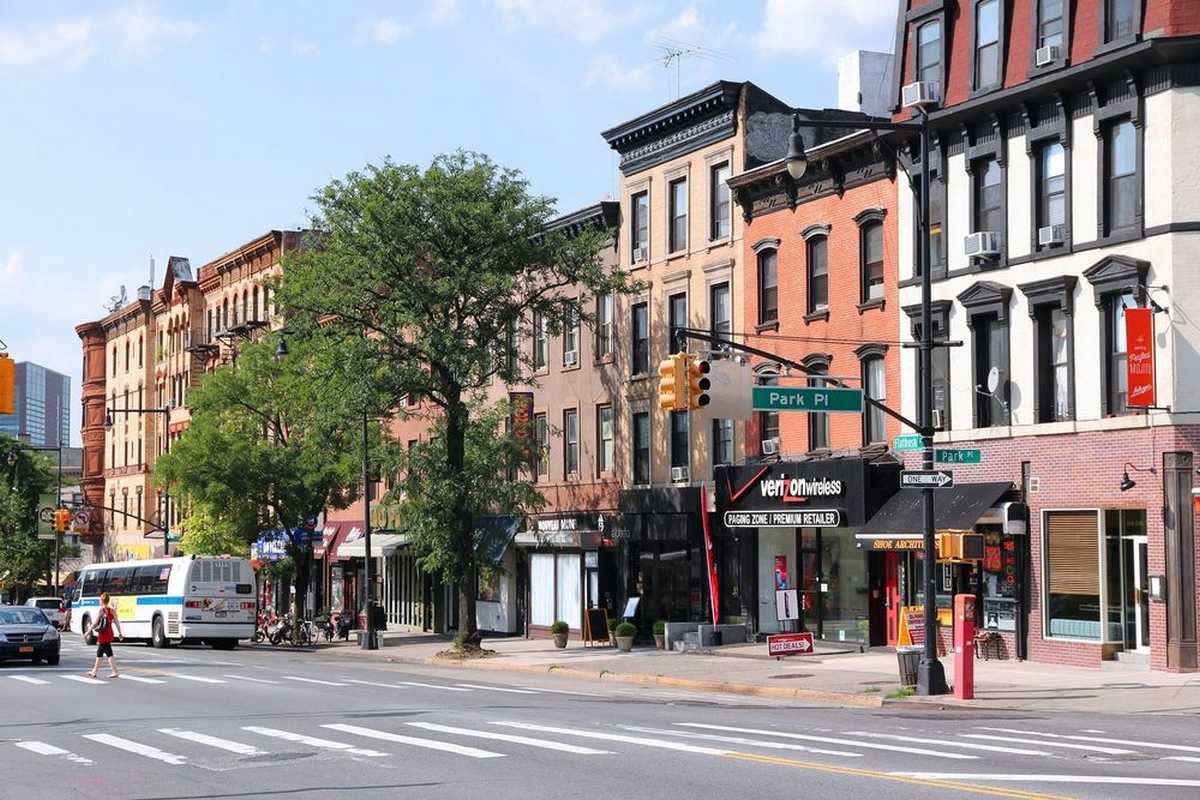 If you’re looking for a night out in Prospect Heights, look no further than Sweet Polly on 6th Avenue. Known for its cozy yet creative decor, and stellar menu, Sweet Polly is a great spot for date night or a casual outing with friends. If you’re looking to nourish your inner nerd, head on over to the Way Station on Washington Avenue. The Way Station is famous for its karaoke, and Doctor Who themed cocktail menu.

For brunch, make your way over to Faun on Vanderbilt Avenue. Faun is famous for its  simple, stripped-down space and creative Italian inspired dishes. If you keep to a vegan diet and also love cheese, check out Riverdel Vegan Cheese on Washington Avenue for lunch. Riverdel is a sweet local spot that doesn’t force you to compromise on your serious love for cheese and dairy. For dinner, check out Tygershark on Vanderbilt Avenue. Tygershark is a recent addition to Prospect Heights, and is already a local favorite. Famous for their creative take on Korean fare, Tygershark is a must.

Prospect Heights is currently known for its diversity, and in fact has a rich history of being so. Between the 1910’s through the 50’s, Prospect Heights was ethnically diverse, with Italian, Irish, Jewish, German, Greek, and American residents calling this Brooklyn neighborhood home. In the last thirty years, the neighborhood has seen an increase in residency, perhaps as a result of lower housing costs. Much of Prospect Heights has been designated a New York City historic district, and is home to many Italianate and Neo-Grec rowhouses.

Relative to other Brooklyn neighborhoods, Prospect Heights is smaller, and is well-known for its tree-lined streets and cultural diversity. In the last decade, Prospect Heights has experienced rapid demographic growth and change. This shift can be clearly seen in the neighborhood’s rich mix of old and new buildings.

In August 1776, part of the Battle of Brooklyn, a major battle of the Revolutionary War, was fought in Prospect Heights and other surrounding neighborhoods. The American troops were actually defeated in this battle, bad weather having left many soldiers unable to flee to Manhattan. Nearly one hundred years later, in 1867, Prospect Park opened to the public. The Brooklyn Museum opened in 1897, and the Brooklyn Children’s Museum opened soon after in 1899. Ebbets Field, home to the Brooklyn Dodgers was completed in 1913. For generations, Prospect Heights was a middle-class neighborhood, with residents working in nearby factories or shops.